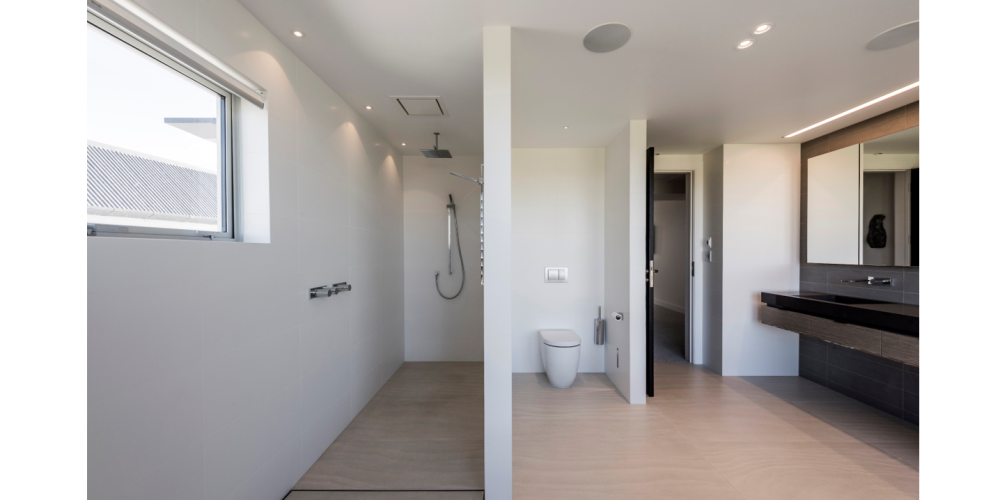 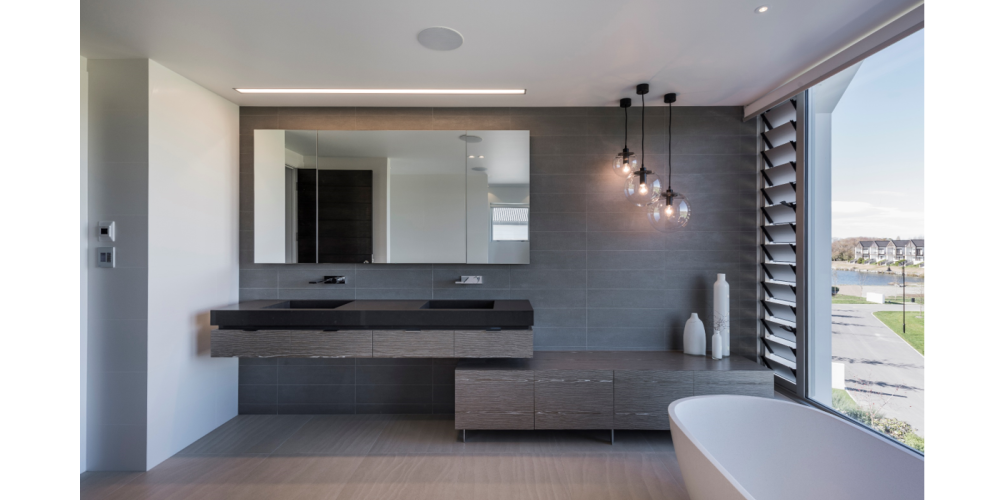 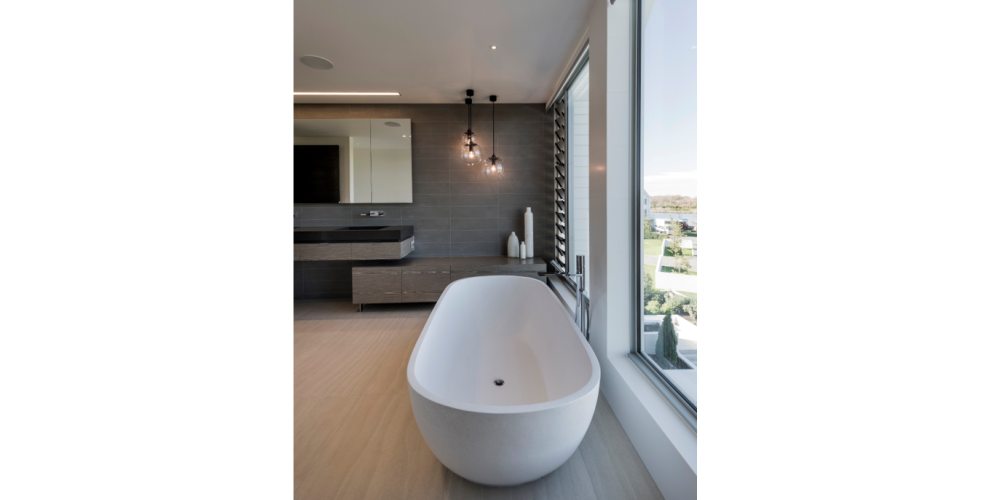 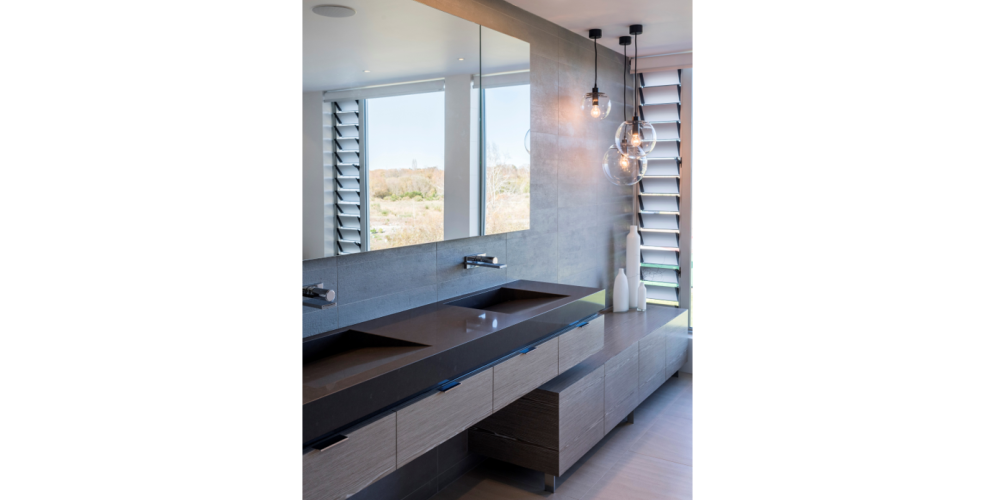 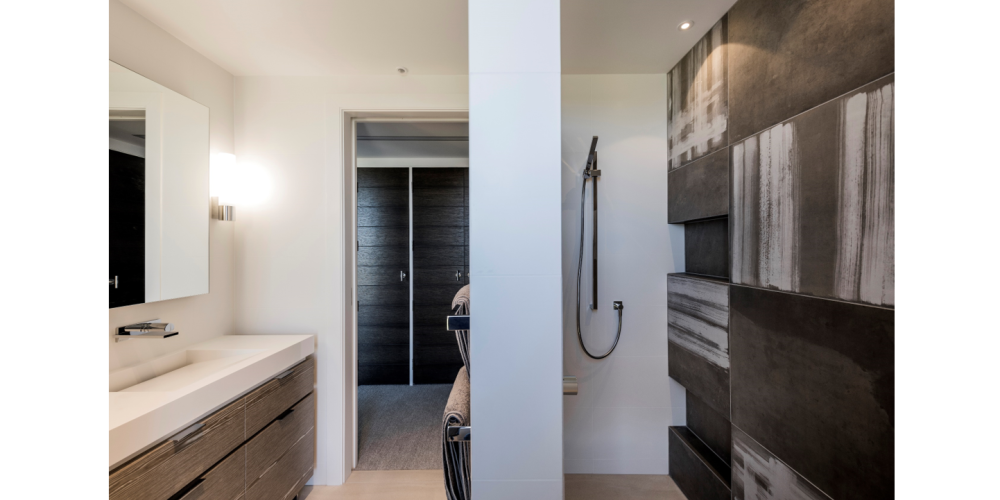 When one couple’s Southshore home was condemned following the quakes, they sought solid ground to the north of the city and prepared to embark on a new chapter. Offering them a similar outdoor lifestyle and connection with nature to the one they’d grown accustomed to by the beach, the site in Clearwater also came with magnificent vistas. With the Port Hills to the south and emerald expanses of Clearwater’s putting green across the lake to the north, the pair had found their perfect patch.

This master ensuite was to integrate seamlessly with the overall feel of the master bedroom wing; a private zone, a place to linger and restore.

While the design is modern and restrained, the layout forms a practical space, which features a double walk-in shower with overhead rain shower, private toilet space and generous vanity unit and storage, with the bath taking centre stage as the piece on view from the master bedroom.

Guided by Davinia’s choice of products for the fives bathrooms, including the award-winning guest ensuite, Oakleys supplied all luxury Italian tapware from Fantini Milano, including wall mounted taps over the basins, and the sleek and sophisticated freestanding Apaiser Sublime Bath.

Enhancing the sense of spaciousness, the vanity design has been cantilevered from the wall, playing on the theme of layers with the furniture-like storage unit below, connecting it to the surrounding architecture.

The tiling detail has been kept simple and restrained, but the contrast of other materials, textures and natural hues in different forms, provide a layered depth of forms and enhances the feeling of space.